Letting Go of Someone You Love 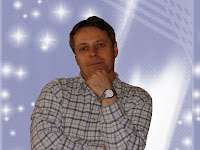 I went to the funeral for a dear man named Janos (pronounced YA-nosh) today. This was the usher at our church who was so full of joy and who died of a terrible cancer a couple weeks ago.

When we first came to this church, Janos was the usher who greeted us at the entrance with his great big smile and hugged us. He made us feel welcome there, even though we knew nobody. He escorted us to the seats in front that were reserved for English-speaking people who need translators. And he made sure we each got a headset to hear the translator during the service, so we could understand everything that was going on. Whenever there was a technical problem with the headsets, he would come right over without delay to help correct it, so we would not miss anything that was being said. Even though he didn’t speak English, Jennifer and I felt his love and joy, and it seemed like we got to know him in spite of our inability to communicate with him very well.

I had talked with one of the pastors about Janos right after he died a couple weeks ago. He told me that when Janos first discovered he was ill, he did not yet know how serious it was. He went to the weekly prayer meeting and he told the people there that he was ill. But he said that even if he were to die that very day, he felt like he had served the purposes of God for his life on earth and had fulfilled his mission. I recall that he also got up in church one Sunday, which was the last Sunday he was able to attend church. He went up front and with joy he testified for the Lord. He said that he had been given the opportunity to be a witness for Jesus during his lifetime. At work, he would smile and say hello to people, asking how they were doing. He said they would stop and tell him about the things that were bothering them. He would do this each time he saw them. After this happened two or three times, people would inevitably ask him why it was that they felt they could talk to him so freely when they were unable to do this with anyone else. He would explain to them that he is no different from them. They too could have this joy and peace in their hearts if they would give their life to Jesus as he had done. He said that through him the Lord had brought many members of his family to the saving knowledge of Jesus.

At the funeral, I talked with Ibolya (pronounced EE-bo-ya) about him at length. She told me the story from her perspective. In March when Janos became ill, he did not yet know how serious it was. He did not know what was wrong with him. He was only 45 years old and there was no reason to believe this illness was terminal. But Ibolya, who is a cardiologist, said she has been trained in the university to spot signs on a person’s face when they are close to dying. One day soon after he first became ill, she was standing by him while he was doing something and she noticed these signs on his face. She said she was thinking to herself that Janos was close to dying, but she didn’t say a word. Yet he turned to her and said, “Why do you think that I will die soon?” She was amazed that he knew exactly what she was pondering in her heart and they discussed it. She said, I am not saying that you will die right away, and she tried to encourage him.

He went to the doctor in March and a lump was discovered inside his abdomen. She said the doctor was negligent and scheduled the next appointment for Janos two months out in May! She had to get involved herself and helped to get him into chemotherapy, but it was too late. The disease was too far progressed and the medical professionals sent him home with no treatment plan or hope of living.

The church prayed earnestly for him over the past five months. There were many different prayer meetings at the church and in the homes, as well as people visiting Janos at his home to pray for him.

One Sunday evening very recently, Ibolya and her husband Laci (pronounced LOT-see) had been away on holiday about 200 km from Budapest, when Janos' mother called them on their mobile. The mother who is an old Christian said that she finally came to the point where she had released her son to the Lord and that he was very close to death. She was very concerned that Laci as his pastor and his wife, Ibolya should go to see him right away to pray and release him to the Lord.

So she and Laci made the trip into Budapest and visited Janos two days later on Tuesday evening in his home and talked with him. One of the questions they asked him was whether he was ready to go. He said he had been battling with terrible nightmares at night that he would go to hell. So they encouraged him that he knows Jesus and when he dies he will go to Jesus in heaven, not to the devil in hell.

After this they told him out loud from their hearts that they release him to the Lord. This is not something they did lightly, as they have known and loved Janos for many years and he was very dear to their hearts. After they released him, he said with complete peace and assurance, “I go. Hallelujiah!” And he smiled. Then they took communion together with Janos. The next morning he died and went to be with the Lord.

It is essential that we release our loved ones when it is their time to go and they are ready to meet the Lord, in order to help them die. Often times when one or more family members cannot seem to let go of their terminally ill or dying loved one, they prolong the person’s death needlessly. By not letting go of them, they can keep the person around languishing in a state of suffering, and it is so much harder on everyone. Ibolya has seen this time and again and she says it is necessary for the loved ones to say out loud from their heart to the dying person, “I release you (to the Lord Jesus).”

I told Ibolya about a lady named Merle at the nursing home across the hall from my mother, who was laying unconscious in her bed, languishing near death. I knew of her situation, but had not had the opportunity to visit her. My mother had also told me that the family of this woman had given orders to the nursing facility that nobody was allowed to visit with this lady except for family members. They did not want anyone seeing her in this terrible condition.

One day when I went to see my mother, she was not there, as they had taken her down for x-rays. So seeing that Merle across the hall was alone in her room, I asked the nurse at the nurse’s station if I could pay her a visit. They told me to go ahead right in. I went in and saw that she was laying there unresponsive, unable to communicate, her lungs making a terrible gurgling sound that showed they were filled with fluid. But knowing that she could still hear me, I spoke to her like I would speak to any person who is able to communicate.

I greeted her by name and introduced myself. Then I went on to share Jesus with her in a very loving way. Afterward, I led her in a prayer of repentance to ask forgiveness for her sins and invite Jesus into her heart. Although she couldn’t pray out loud, I encouraged her to simply repeat the prayer after me to God sincerely in her heart. As I shared and as we prayed together, I felt the sweet presence of the Lord in such a powerful and tangible way. It was awesome! Once we finished praying, I congratulated her and told her she was now ready to meet the Lord. I said, “You don’t need to be afraid anymore. You are ready to meet your Maker. When you die, you will go straight to heaven to be with Jesus forever.” I then told her she could release herself and let go, because it was going to be truly wonderful in heaven.

The next day, when I returned to the nursing home to visit my mother, the nurse on duty stopped me and thanked me sincerely for visiting Merle the previous day. She said, “Less than ten minutes after you left yesterday, she expired.” Once again, I felt the sweet presence of the Lord upon me at that moment. I knew in my heart that God had been keeping this woman alive on earth for that very short visit which I had with her. In His mercy, He wanted to give her the opportunity to get her heart right with him and establish a personal relationship with Jesus Christ His Son. God allowed circumstances to be such that my mother was not there and this woman was available with no family members visiting. It was a divine appointment, and once she released herself to the Lord, she passed from this life into eternity.

After Janos' funeral today, I went to the luncheon reception at the church. I spent time talking with David, the son of the deceased man. David, who is about 18 years old, told me about the days just before Janos died. His father’s disease had progressed rapidly, and his belly swelled to a great size, making it very difficult for him to breath or to speak.

On the night before Janos died, David heard him praying in different languages, which Janos had never learned, such as Japanese, Italian, etc. He was praying in other different languages, as well, which David couldn't understand. Sometimes Janos would stop praying. Then he would wait, and answer in his native Hungarian "Yes, Lord. You're right. I'm sorry. Hallelujiah." David said this was the first time he had ever heard anyone do this, and it was one of the greatest things he had ever witnessed in his life.

He said he loves his father very much. And when his father died, the first thing David did was get his guitar and worship the Lord. He sobbed and wept of course, but he worshiped the Lord, and the presence of the Lord was very real. He said he loves to worship with his guitar and whenever he does, the Lord always meets with him. He leads worship for the church youth group.

What a wonderful disciple of Jesus Janos was during his earthly life, and now he is with Jesus in heaven! He has left so much good fruit behind him here on earth. His son David is evidence of that. I'm sure he will hear the Lord say, "Well done, my good and faithful servant."


Len Lacroix is the founder of Doulos Missions International.  He was based in Eastern Europe for four years, making disciples, as well as helping leaders to be more effective at making disciples who multiply, developing leaders who multiply, with the ultimate goal of planting churches that multiply. His ministry is now based in the United States with the same goal of helping fulfill the Great Commission. www.dmiworld.org.
Posted by Len at 12:16 PM