The Body Parts Storehouse in Heaven

One of our graduates from our three-year Doulos Training School, Grace, who is a pastor in Uganda and staff member with our school, shared the following testimony with me. In it he gives God all the praise for what He is doing in his healing and deliverance ministry there in his country. He writes: 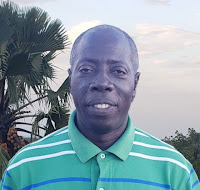 Once again, reading the testimony of Sister Elisabeth from Indonesia is so inspiring; it reminds me of what God showed me years ago in a dream, which I am moved to share with you. I saw a store in Heaven of all body spare parts. If any part of the body of a human being got any problems, the Lord told me we can ask in prayer for a replacement and it will be so. I thank God!

Brother Len, this short time, during which I have been involved in the ministry of healing and deliverance, I have witnessed the Lord do amazing things. Here are some examples:

1. A lady called Ketty had suffered for more than ten years, and was supposed to go for an operation to remove her uterus. But upon receiving prayer, the Lord instantly healed her!

2. Florence A. had an issue of blood flow (filling buckets) since her adolescence. She was also unable to become pregnant. The gynecologist doctors recommended an operation. After prayer she went to bathe, and something came out of her private part, which is the size of a human finger. Since then she has been well, and is now 3 months pregnant. She is grateful to the Lord!

3. A man called Enoch made a phone call to me at 3:00 AM; his child had been in the hospital for one month with a severe blood deficiency (anemia). The child couldn't eat, drink, sit, or talk. After prayer, the doctors and the father were puzzled, because the child recovered immediately with proper blood (hemoglobin) levels, Glory to Him!

4. A woman named Norah had ulcers for over ten years until the Lord instantly healed her when she received prayer!

5. A man named Stephen was astonished when the Lord delivered and healed his wife Betty through a night phone call. She had fallen too sick and fainted. [In addition to that], three days ago the same lady was involved in  motor accident. While she was in a state of unconsciousness in the hospital, Stephen called. When I was praying for her, there were spirits of death manifesting. The Lord led me to rebuke the spirit of death and claim her life back. After one to two days, the husband called, and I was able to talk to Betty herself. This man Stephen works with radio Uganda and is inviting me to be ministering on radio; the Lord is great!

6. Sister Angela's daughter, Belinda was healed from short sightedness, because of which she had hard time to see and read for a long time. Praise the Lord!

7.Personally years ago, I used to experience kidney pain for [a long time]. In a dream, a doctor appeared and [drew] fluid from my kidney using a syringe. From then my kidneys are perfect. No more pain. Glory to Him!

Brother Len, there are many more amazing testimonies; these few are given for the confirmation of sister Elisabeth's testimony of the "spare body parts in heaven's storehouse," and also to encourage ourselves to claim our [own] healing. But also I have learnt that sometimes there are healings that take [a long time] for reasons known to God. We give God all the glory for His works!! To Him alone belongs the glory and the honour.

I read and have experienced God doing much more through many other servants of the Lord and He wants His vessels to surrender to Him for use.

Are you in need of healing in your body? If there is some part of your body or some organ that has become damaged or diseased, God has spare parts ready for you in His heavenly storehouse. "With God all things are possible." (Mat 19:26b). All you need to do is ask Him for it by faith, and be sure you have forgiven anyone whom you are holding anything against. And ask the Lord to forgive all your sins for Christ's sake, because He paid the penalty for you already on the cross, where He died for you, and then rose again three days later. Jesus said, "Therefore I tell you, whatever you ask for in prayer, believe that you have received it, and it will be yours. And when you stand praying, if you hold anything against anyone, forgive them, so that your Father in heaven may forgive you your sins." (Mar 11:24-25)

Attribution Notice: All Scriptures taken from the Holy Bible NIV, copyright Zondervan, all rights reserved, used by permission.
Author's Note: Some changes were made to the wording of Grace's testimony with his permission, in order to add clarity or for easier reading without changing the meaning. If you enjoyed this post, you may also like to read brother Grace's other testimony called The Night the Lord Came into My Hut. You are also invited to read the testimony of Elisabeth from Indonesia that he referred to call Forty Days in Heaven and Hell. Also see the Home page of this blog for more testimonies. You are invited to view my collection of blogs at Writing for the Master.