Supernatural Encounter While Striving to Draw Closer to God

This past weekend I was exchanging emails with Catherine, one of the first-year students in our Doulos Training School (DTS), regarding my article called Striving to Enter the Kingdom of God, which I wrote several years ago. She was expressing her appreciation for the article, which was a new teaching for her, since she had never heard it taught in any of the churches in the UK where she lives. She initially said, "I have always believed and lived a relationship with our Lord, but not by striving before."

However, a couple days later, she remembered a supernatural experience she once had while striving to be closer to the Lord, when she was just a teen. It's such a remarkable experience, and such a great example of biblical striving, that I felt I should post it here, so that everyone could benefit from it. Here is the testimony in her words: 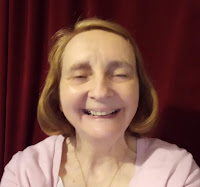 The Lord brought back to remembrance, the true short story of what happened when I was fourteen, I hope you don't mind me sharing this with you.

I was at a Butlins holiday camp in Minehead, UK, with my foster parents and they went to their son's wedding, they didn't want me with them so after breakfast she gave me a green, 1-pound (£1) British banknote for lunch, I felt more rejection.

There is a big hill nearby so I made my way to this hill and walked up to the top, determined to strive and seek and find God. I had nothing to eat or drink all day (after only a light breakfast), as I was determined to meet with God. I spent all day at the top of this hill and found God and His love and peace. I felt so loved and happy, and no more pain of rejection. But as I came down to the bottom of the hill, I realised that I was lost, and I couldn't remember the Chalet number at the holiday camp either.

I asked Jesus for His help, then I met a man called Paul (he had a beard, and he looked Jewish, like I had seen in books at school). He Said, "You are lost aren't you?"

He had a green jeep, so I accepted a lift from him. He told me about my foster parents and about my vision that I had received from the Lord a month earlier, which I thought I had only told my school friend Sandra about. I wondered, "How does Paul know so much about me?" He took me to the right chalet, and I turned to say thank you and wave goodbye, but Paul and his jeep had just disappeared.

I said, "I got lost, and your friend Paul found me and brought me home."

She said, "We don't have a friend called Paul, You must have been with a stranger, and what have  I told you about not talking with strangers."

I went to bed and read in the Bible, the Scripture that says, "You will entertain angels and not know it." (paraphrase from Hebrews 13:2). So I knew God had sent His angel to save me.

So our Lord told me, "This is what I am teaching you to do every day to diligently seek Me and strive to come closer all the time and I will bless you."

So thank you so much for your amazing article, it has been such a revelation and a blessing to me, and I feel closer to the Lord already.

I only wish I could teach others, I will pray about other people joining the (DTS) studies as it is so important for the church.

Praying for you all.

What an amazing testimony! Let me just comment regarding the Jewish man named Paul, who met Catherine at the bottom of the hill, told her all about her life, and then disappeared after he dropped her off at the chalet where her parents were staying--even though she didn't know which chalet it was. She told me that the picture to the left most closely resembles him. While it could have been an angel, since the Bible clearly tells us we may encounter angels without being aware of it, it is my belief that this was the apostle Paul. It is just as easy for God to have one of the living saints in glory appear and help us in some way, as it is for Him to send an angel or another earth-dwelling human being.

When I told Catherine that I and my family all believe it was the apostle Paul, she replied, "Yes I agree with you, I do believe it was St Paul that was sent to me. He had so much love and compassion just as he does in his letters to the churches in the New Testament, and his love and passion for Jesus our Lord is awesome. When I read his letters in the New Testament, it's like I know him in Spirit and I remember my encounter with him."

She continued, "As our Lord has shown me, this is such an important teaching. I have had so much joy being closer to our Lord since I learned this teaching and remembering my encounter with St Paul. Striving to be closer to our Lord brings a stronger faith and blessings."

Why should any of you consider it incredible that God could do this? He is the Sovereign Lord and nothing is too difficult for Him. Just as Moses and Elijah appeared talking with Jesus on the Mount of Transfiguration (Matthew 17:1–8, Mark 9:2–8, Luke 9:28–36), so the Lord can permit anyone He so wishes to have this sort of experience.

However, we are not to seek to initiate direct contact with them. Such encounters come to those who diligently seek the Lord Himself, like John did on the Isle of Patmos. While he was in the Spirit on the Lord's Day, he had an amazing revelation from God that he wrote down in the book of Revelation. Not only did he see the Lord Jesus Christ and the heavenly Father, he also saw angels and saints in glory, including the twenty-four elders. In fact, he spoke with one of the twenty-four elders (Rev 7:13). And many believe that the particular angel who spoke with him and showed him things in heaven was actually the prophet Daniel. John wrote:
"At this I fell at his feet to worship him. But he said to me, 'Don't do that! I am a fellow servant with you and with your brothers who hold to the testimony of Jesus. Worship God! For it is the Spirit of prophecy who bears testimony to Jesus.'" (Rev 19:10)
The reason many believe this was the prophet Daniel is that he told John that he is a fellow servant with him and his brothers who hold to the testimony of Jesus. A fellow servant (Gr. sumdoulos) of John and other disciples of Christ signifies being one of them and coequal with them. And the reason he is believed to be the prophet Daniel is that God gave Daniel an apocalyptic revelation of the end times, too, as written in the book of the Bible that bears his name. The books of Daniel and Revelation fit together like a lock and a key. How fitting it would be for Daniel to speak with John during his heavenly encounter and show him the things he showed him.
Dear friend, I hope this brief testimony from Catherine has encouraged you to diligently seek the Lord and strive to draw closer to Him all the time. Press in to know Him more. Ask Him to draw you close to Himself. And may the Lord give you the Spirit of wisdom and revelation, so that you may know Him more.
Epilogue 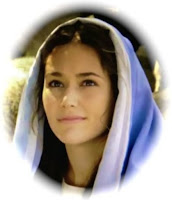 After I posted this article with Catherine's testimony, we exchanged more emails about it, and she explained that a month before this trip to the holiday camp with her foster parents, she had received a vision from the Lord, in which he sent Mary to her. She wrote:
Jesus gave me vision, in which He sent His mother, to say to me, "You are a child of God, " Then I heard Jesus' voice saying, "Do not fear for I am always with you."
Mary had dark hair and brown eyes, and looked like a young Jewish girl (closely resembling woman in photo to left). The Catholic Church portrays her as English with fair hair and blue eyes. She doesn't look like they portray; they have her wrong. She spoke with great authority, and a strong voice. She spoke the same English as I do, with the South London accent, as I was brought up in South London.
Then a month later, when I sat in Paul's Jeep with him, he said, "Jesus sent you a vision of his mother to tell you that you are a child of God and Jesus told you not to be afraid, as He is with you always."
And I said, "Yes, you are right." It was then I thought he must be an angel, as he knew everything about me and I had only told my school friend Sandra about the vision, no one else knew about it.
The Holy Spirit later told me that Jesus sent his mother to me, to help heal the trauma of having an abusive foster mother, and never having a loving mother.
When I tell people about this vision, I always point out that Jesus sent his mother to me so that I would know who I belong to -- 'Jesus' -- and not to become a Catholic as some people have said. For although I didn't see Jesus that night, He was still there, because I heard his voice loud and clear, which is a witness to Catholics that Jesus is our Saviour, and they must not pray to or worship Mary.
Author's Note: If you enjoyed this post, you may also like to read The Communion of the Saints, Striving to Enter the Kingdom of God, The Truth About the Roman Catholic Church, The Night the Lord Came into My Hut, The Truth Set Me Free, My Overflowing Joy in Knowing Jesus, and Lifted Out of a Slimy Pit, which are the testimonies of myself and two of my other children. Also see the Home page of this blog for more testimonies. You are invited to view my collection of blogs at Writing for the Master.